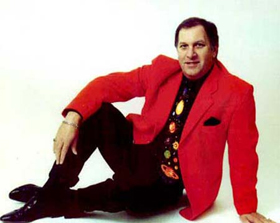 As a professional entertainer Kevin has had the opportunity of working all over the U.K. in Clubs, Restaurants, Village Halls, Hotels, Theatres, in fact anywhere that can be used as an entertainment venue. He has also had the good fortune to have worked on a number of Cruise ships which have enabled him to have worked to many different nationalities, and has also had the opportunity to have, through his many bookings, visit some 36 countries on 3 continents. Making him a truly International Performer.

With his unique blend of stand up comedy mixed with audience participation magic, he has become one of the most popular adult entertainers around. Many acts such as, Jim Davidson, Jimmy Jones, Mike Reid, The Drifters, The Supremes, The Stylistics, Chas & Dave, Gerry & Pacemakers, to name but a few have all had the pleasure of working with him. In addition to his many appearances in Cabaret he also performs extensively as a table-top magician working in this demanding area again with his own particular brand of humour.

As both a magician and the Worlds Fastest Balloon modeller as seen on B.B.C.'s Record Breakers he is as popular with children as with their parents. If you've not had the opportunity to book him, don't waste anymore time.